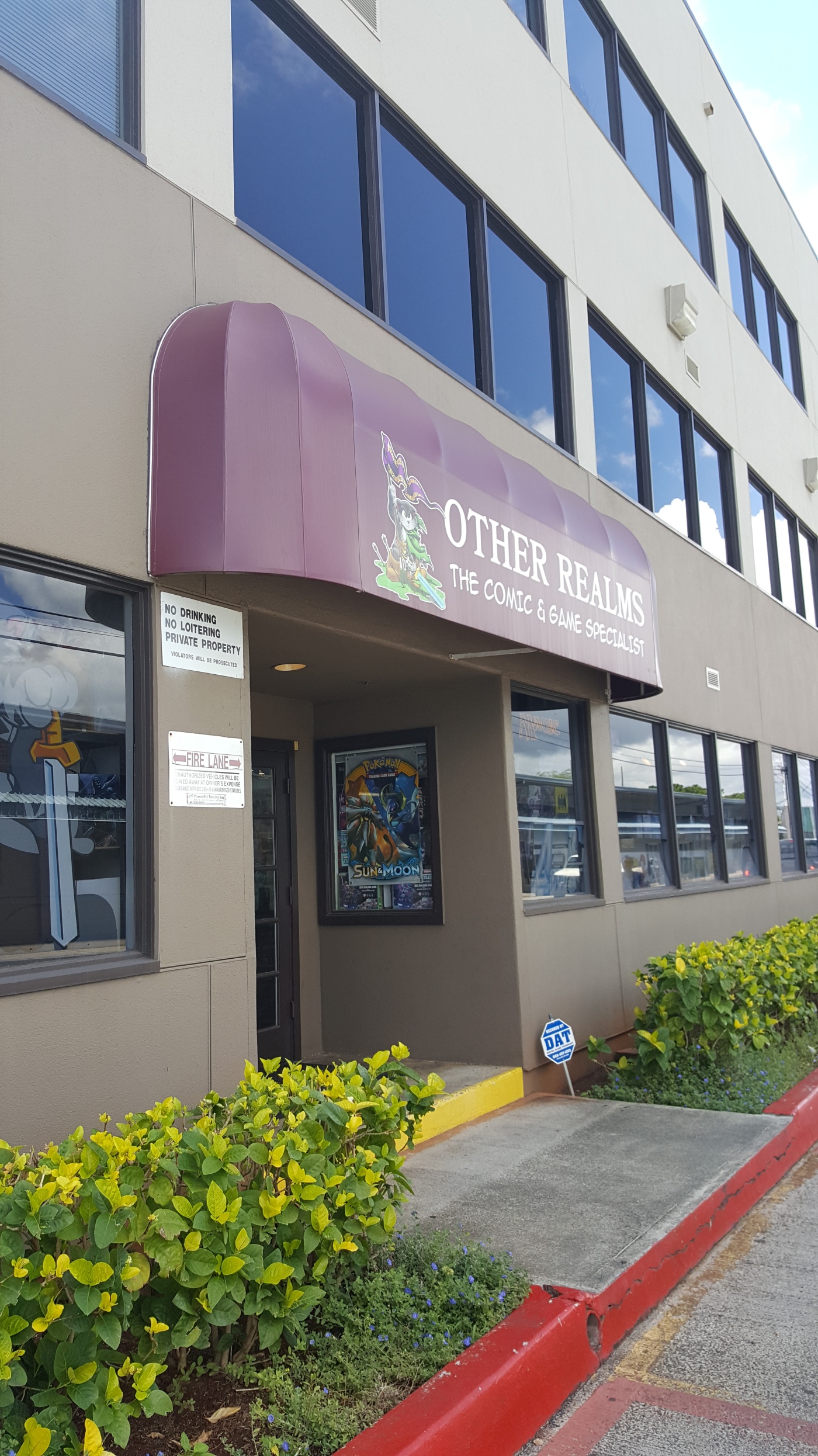 Checkpoint: A review of some awesome places to geek out.

Imagine being in an airline terminal with a golden ticket to anywhere, but the locations are not of Earth. You may be able to travel to somewhere in metropolis watching Superman fighting off Villians. You might end up some place on Ravnica speaking to Jace Beleeren for battle strategies. Or you may be a furious dog fight on your X-Wing against a Tie Inceptor.

Other Realms is that place.

Located at 1130 N Nimitz Hwy C-140, Honolulu, HI 96817. Previously it was located in a small mini-mall located in Honolulu but they needed to expand due to over growing collection along with the geek community of Hawaii. Other Realms is best known as a comic shop as well for their table top gaming. I have been in quite a few places and I have to say, their collection for both is pretty impressive. They have routinely several events and the parking in the place aren’t so bad.

They hold tournaments of various other games from War-Hammer to Starwars X-Wing Fighter. Of course, they also hold Magic the Gathering tournaments but not as large for PPTQ, just the casual FNM and star city games. They also hold class tutorials on to do miniature models and other games.  One year, they held an event where Stan Lee visited the shop. They have the latest games and comics and considered to be the top of the comic and geek realm in Hawaii.